The Cultural Alliance of Hungarians in Sub-Carpathia was astonished by the information that false leaflets appear in a number of townships with ethnic Hungarian majority population, informing people that candidate from the Cultural Alliance of Hungarians in Sub-Carpathia is supported by former president Petro Poroshenko. Dissemination of the leaflet is an evident provocation, trying to confuse Hungarian minority in Sub-Carpathia. We will request the law enforcement organizations in charge to take appropriate measures to identify the perpetrators.

There is a transparent tendency of taking all possible measures against our community aimed at restraining Hungarian interest-representation at parliamentary level. The Cultural Alliance of Hungarians in Sub-Carpathia expresses its outrage and condemnation of the campaign of artificially fomented anti-Hungarian sentiment. In recent weeks, as a result of this campaign of intimidation, members of the Hungarian minority fear for their very existence in their native land.

We regret that Ukraine’s political leadership assisted even by law enforcement organizations, on the brink of upcoming parliamentary elections, is seeking political capital by generating ethnic tensions between Ukrainians and Hungarians.

Sub-Carpathia is the first for us! Let’s show that we exist! 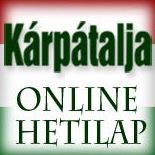